A little over a month ago, Papel de Pinay joined yet another Maker’s Market — this time, for a two-day stint at the newly built Estancia Mall in Capitol Commons. For some of you who may not have heard of this event before, Maker’s Market is a seasonal event held by the fine people of Craft MNL. Crafters, makers, artists, and what-have-you’s gather in one event selling stuff from yarns, paints, cutters and sculpture materials, handmade soaps, paper quilled accessories and cards, handpainted paper mache forms, to handstitched leather goods and prints to name a few. It was my second time to join such an event, and being someone who have enjoyed her first Maker’s Market last year,  I decided to sell my handmade products for 2 days — the last weekend of June. 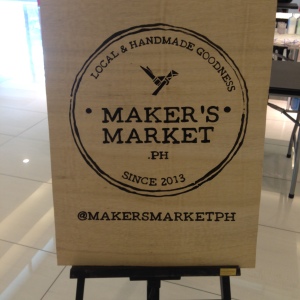 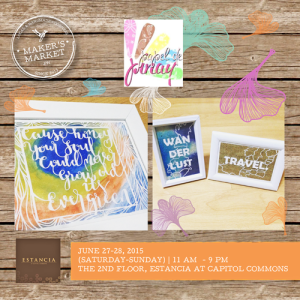 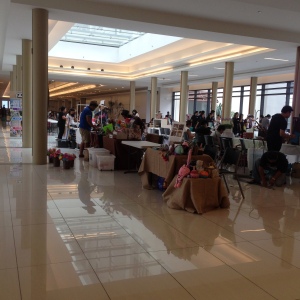 It was a fun two days. While I enjoyed entertaining inquiries from buyers, and even passers-by, I also loved the feeling of being surrounded by other makers, such as BioArt.ph, Frou Frou Crafts, Sqooid, Craft Carrot, Sketchnotes, Dagatbeads, and like, 40 others (yes, FORTY). It was the biggest Maker’s Market to date, and I’m so thankful to have been a part of it. Looking forward to the next one! 🙂 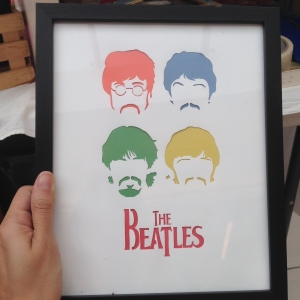 The first item to go! 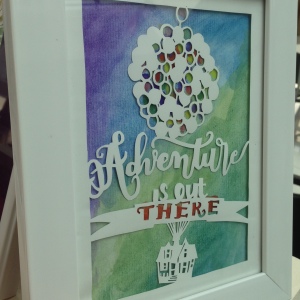 The cutest kid came up to my booth, and asked her dad to buy this for her. ❤ 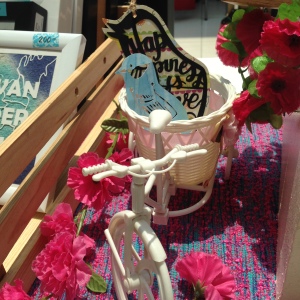 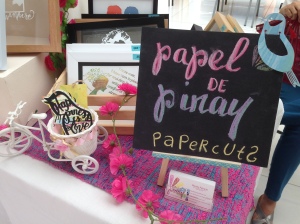 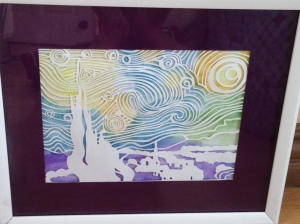 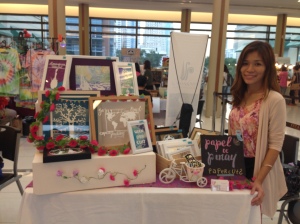 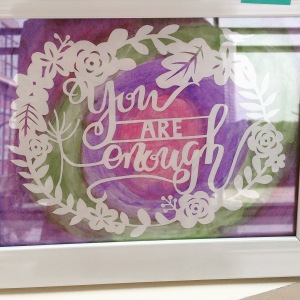 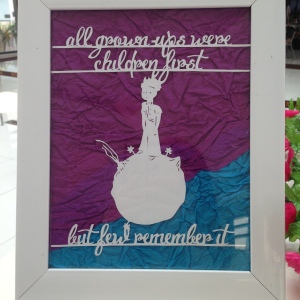 This post is embarrassingly late — 7 weeks late, to be exact. I did say I was going to post about the bazaar, so as late as it may be now, here it is (yay!).

Sometime in July this year (exactly a year after I participated in a papercutting workshop), I learned about the Maker’s Market for an upcoming bazaar. Craft MNL, a community of crafters I follow on Facebook and Instagram, were looking for independent local crafters who would like to sell their locally made products for Global Pinoy Bazaar, to be held on August 22 to 24, 2014. I have always dreamt of joining one, or just being able to sell my stuff commercially. Then I stumbled upon the event’s application form, and thought, “Hey, why not?”. Basically, I just had to submit an application on-line, tell them about my product/craft, and wait if I get accepted. Yabang Pinoy, the organizer of the bazaar, is pretty particular about selling only locally sourced products, so they had to screen each application. Luckily, I got accepted! After settling the fee and requirements, off I went with the planning.

The Planning. Thank God for friends with a bazaar background. I literally had a very detailed checklist handed to me by a friend weeks before the event, so that was very helpful. What gave me anxiety attacks were the artworks that I was going to sell. I only had two weekends to prepare and I just had a handful of ready-made paper cuts on hand, which meant I had to make pieces at about every single free time I had (I think I have mentioned in my previous posts that I have a full-time job). It wasn’t easy, but I’m glad I managed to make enough pieces. 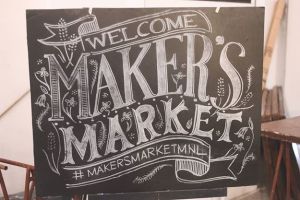 The Big Day. I only signed up for one day. Unlike the other concessionaires who had been there for the ingress and whose booths have already been set up the day before, I only had an hour to set everything up. Of course I had to keep my cool and act like I was already Queen of Bazaar Set-Ups (LOL, I’m just kidding. I was like a lost puppy. Thank goodness I had with me my Dad and cousin to give a helping hand). An hour later, everything was good to go. 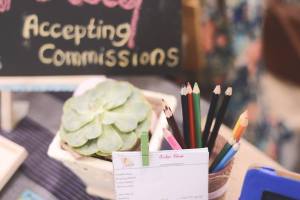 Would you believe a kid came up to me to ask how much the crayons are? Cute kid! 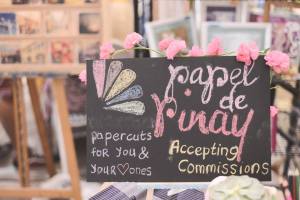 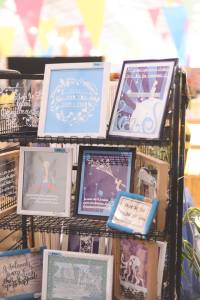 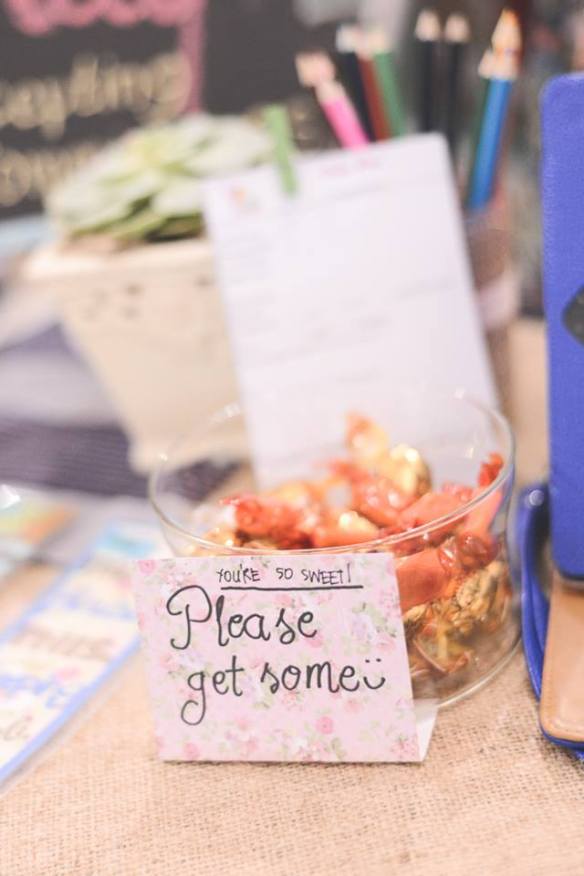 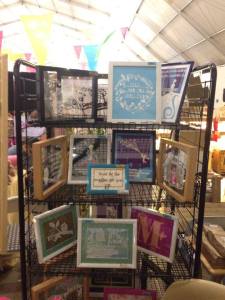 The bazaar was from 11 a.m. to 9 p.m. The booth space was cramped so I had to sit (but most of the time, stand) a couple of feet from across the booth and just come up when there are interested buyers. I didn’t feel tired at all. Maybe because I was so excited and all geared up for that day. The sales weren’t that spectacular, but that wasn’t really my main concern when I signed up for the bazaar. I wanted to test the waters, get maybe a little recognition, and start from there. I thought of it as an investment. And invest, I did. I had no calling cards left even before the bazaar ended and got lots of inquiries afterwards. I even got contacted by a magazine editor to have my artwork featured (that’ll be on my next post ;))! Eventually, most of the leftover pieces from the bazaar have been sold online, too.

All in all, it was a fun event. I’m lucky to have friends and family who supported me with my very first bazaar. Hopefully, this won’t be the last! 🙂 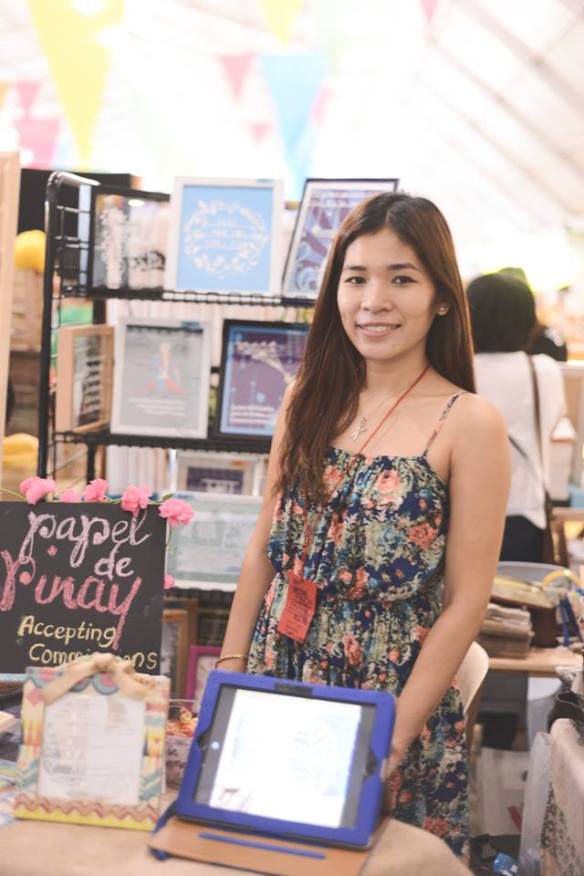 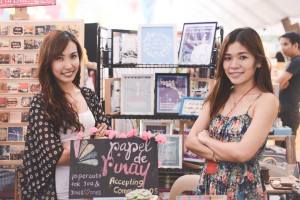 With my cousin, Kendee, who helped me set up and man the booth. 😉 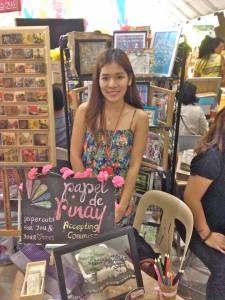 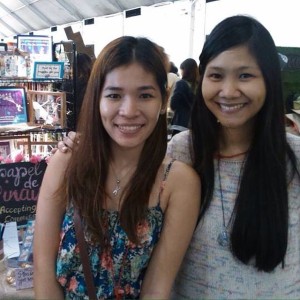 With Mansy Abesamis (my mentor!) of Hey Kessy. 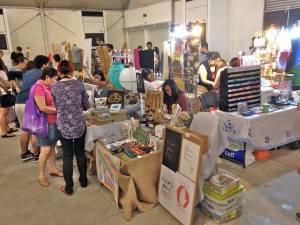